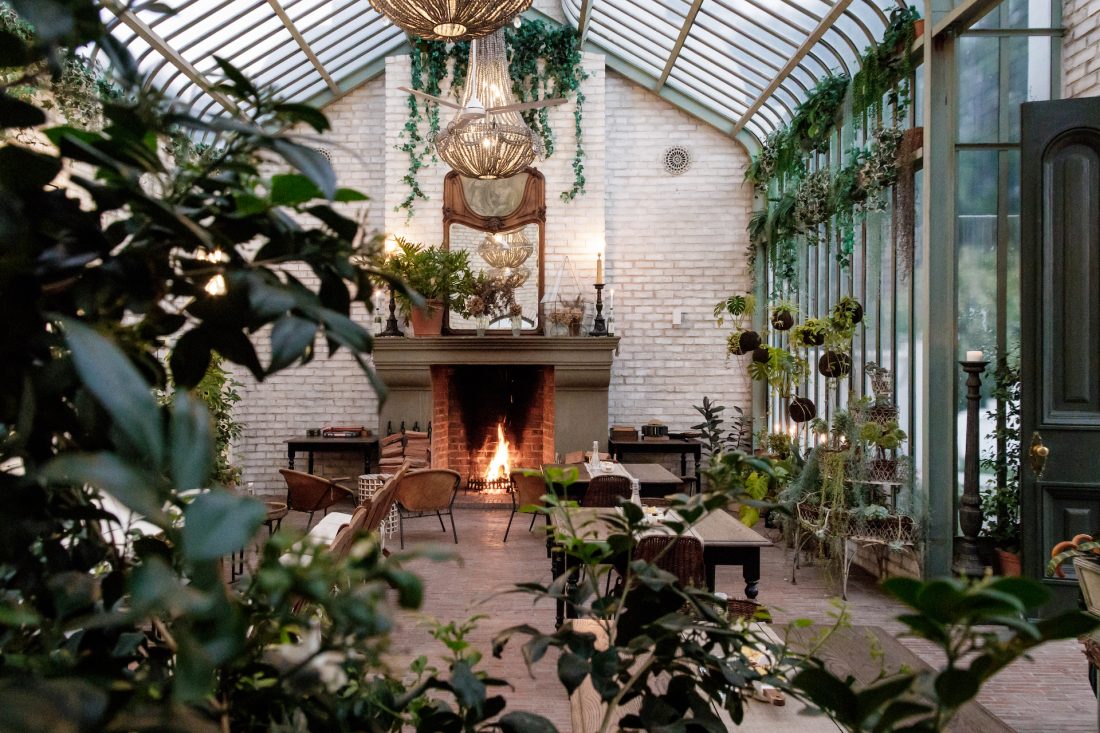 Surely one of the Most Thoughtful Hotels in the World?

Jonathan Bain and Jean-Pierre de la Chaumette spent two nights at the multi-award-winning Akademie Street Boutique Hotel in Franschhoek. It proved to be a quirky and thoroughly charming space, and even offers guests some insight into South Africa’s first heart transplant.

Bonjour mes amis. We are in Franschhoek, which is a town that has decided to take its name literally. When it’s Bastille Day in Actual France, people apparently gather in Franschhoek to wear berets, eat baguettes, and smoke Gauloises Blondes. You can hardly move without bumping into a petit, grande, la or le. Some years ago, the community even took to printing road signage in red, white and blue. Fortunately, many of these signs have now faded, or have been replaced with more expected hues (i.e. black and white like most of the country). This is to be welcomed. Franschhoek is a beautiful, historic, intriguing place. It does not have to be a pastiche of France. For that, I suggest queuing to see the Mona Lisa.

We are guests of the Akademie Street Boutique Hotel. Amongst many other gongs, awards, and accolades, it was voted best Boutique Hotel in the World in 2017, and Best Honeymoon Hideaway in 2019. Set two roads back from Franschhoek’s main strip, Akademie Street itself is named for a school at the northern end of its geography. The eponymous hotel towards the southern end offers a lesson – boom! – in hospitality. Our host Declan welcomed us personally, taking us through the in-room comforts and corona protocols, in the exquisitely-appointed reception area. Riding boots, a coatrack, and ancient-looking luggage crowd the entrance hall. It makes for a charming and idiosyncratic arrival; a signal of what to expect from the rest of the space. Declan, we’re surprised to report given the surrounding locale, is Irish. Quelle horreur!

For us, hotel rooms are usually a base from which to explore our surroundings. But we seriously found it difficult to leave Uitsig, our suite for two nights. The carpet: thick. The walls: a green- and gold-paneled embrace. The bed: larger-than-king-size. The fridge: fully-stocked, and included in the room rate. Akademie is delightful.

It’s rare to find such attention to detail, even in five-star environments. There is a mini-library with some of the best-selling South African books of all time: Krog and Coetzee, Mandela and Mathabane. Biscuits are artisanal and discretely replenished. The in-room domino set is antique. So, we were content to stoke the fire – did we mention the fire? – and hunker down. Perhaps this was because it was winter, but we suspect it was because it was Uitsig.

When we eventually ventured out, it was in search of a dinner to match our room: considered but unfussy. Bearing in mind that Franschhoek is home to some of the hautest of cuisines, the mission was not an altogether simple one. That said, may we recommend Allora? It is a relaxed Italian spot – scandaleux! – and looks to be frequented by local Franschhoekers. The pasta was excellent; a straightforwardly delicious respite amid the dry-ice-cooled hors d’ouvres and exploding soup balls that are evidently the hallmarks of fine dining these days. We’re getting too old for this shitake mushroom foamed-compote, with deconstructed pan d’epi and foraged framboise. Bring on the penne alfredo.

We returned from dinner early, because of the current curfew. (Not 100% the reason: also because of Uitsig.) Each evening Akademie Street lays on aperitifs – Irish Whisky inclusive – and post-prandial digestifs. These are to be found in the Orangerie – a kind of greenhouse, but mostly an exercise in Fabulism. Its glass roof is a painstakingly curved echo-shape of the gables that buttress it. Inside is a fireplace, a piano, and two of the the operating lights that were instrumental to Christiaan Barnard’s historic heart transplant surgery. Yep, they’re there, now illuminating art by Sarah Pratt. Akademie Street is that kind of place.

The Orangerie is also the site for impossibly generous breakfasts each morning. Locally sourced fruit is beautifully arranged, followed by eggs as you please. Flip through the menu, and you will find whimsical character illustrations by Adam Carnegie. These include a family of felines – a lion and several cheetahs – who seem to have a penchant for grapes. There is also an aquatic couple, pictured seated at a table: a fish and an octopus (the former wearing a fascinator and the latter in top hat). They are being served other fish, plated by a mermaid in a shell stikini. I assure you, when you stay at Akademie, this will all make complete sense.

The hotel’s interior designer, Gregory Mellor, describes his approach to the décor as ‘appropriate and unforced’. Given that the buildings that make up the precinct were organically added over the span of a century, this seems an effective response. He embraced the owner’s wonderfully eclectic collection of furniture, and insisted on not taking things – ‘ourselves, the interior, on any one item’ – too seriously. This also feels right: there is a twinkle to Akademie Street – a joy and a lightness. It feels like the kind of place Roger Moore would have been at home in, arching an eyebrow to camera as if to say ‘Isn’t this fun?’.

Each of the nine named rooms is uniquely composed, and Gregory struggles to choose a favourite: ‘I like them all for their differences, so I suppose in that regard the concept is very successful. But I think I’d choose Oortuiging because I like old buildings. Or Gelatenheid upstairs because it’s light and airy… actually, I don’t know!’

Is there anything that didn’t sit well during our stay? Not really. We spotted a few plastic plants in the Orangerie, which distract from the authenticity. The music selection is filtered through a streaming service, which means that the songs are occasionally punctuated by an ad designed to irritate you into upgrading to the premium option. But these are foamed trifles; only noted because everything else is note-perfect.

On our last night, we made a half-hearted attempt to fire up the ‘donkey’ on the balcony. This is effectively an outdoor bath, heated by firewood. But it’s a lengthy process, and that larger-than-king-size bed kept calling our names. We admit to closing up the double-doors, pulling the curtains across our cocoon, and happily yielding to the cool white linen with barely time for a bonsoir.