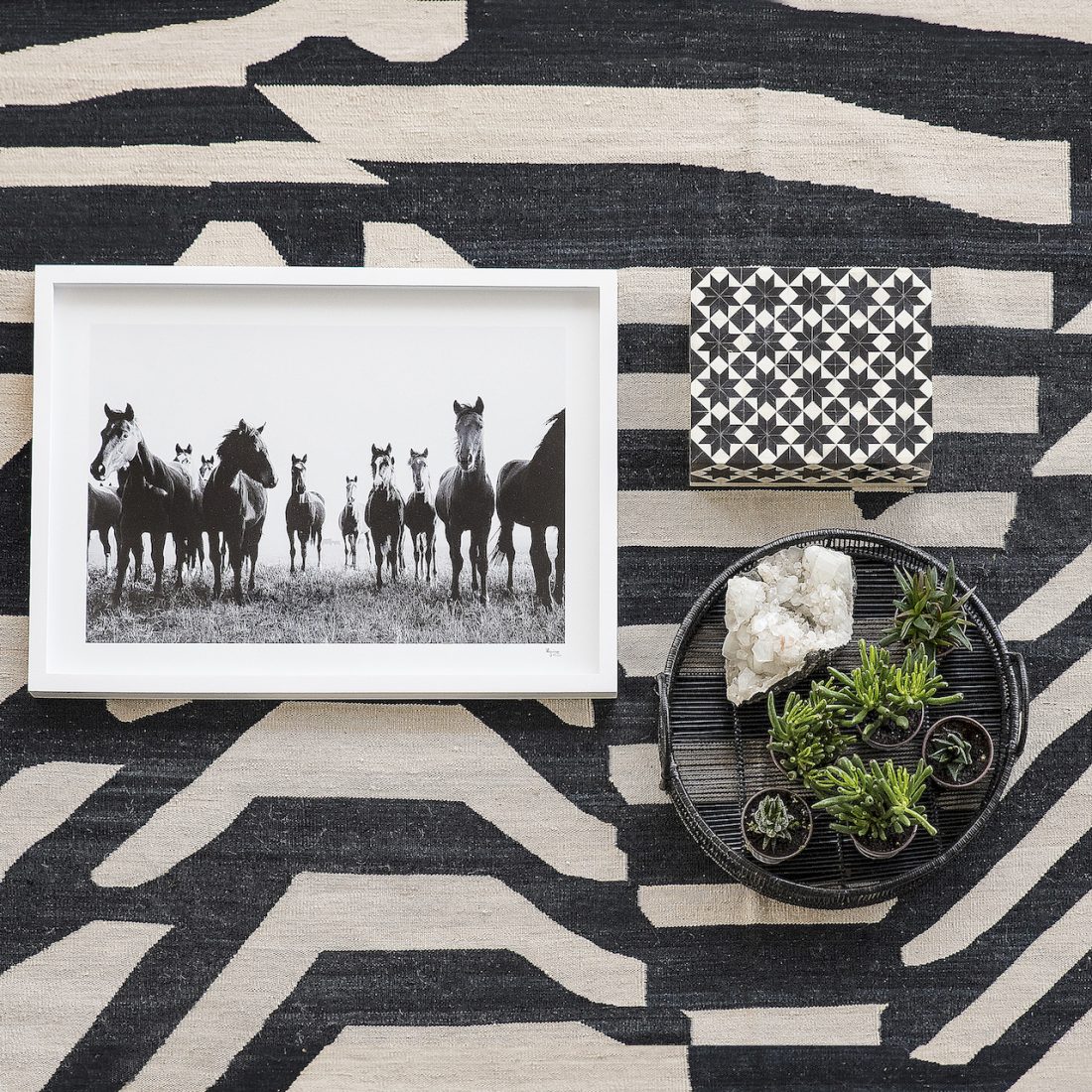 Herringbone under the spotlight

This artisanal rug company is bringing ancient craft into the homes of South Africans.

Did you know that rugs from the higher Atlas Mountains of Morocco typically have a thicker pile due to the colder conditions at that altitude? Neither did we; but it’s the kind of cultural gold that Herringbone relishes and works hard to pass on. What began in 2016 in Hout Bay as an importer of traditional rugs has grown into a brand that protects, promotes and designs handmade, artisanal rugs. Selling a rug is one thing but uplifting the maker and enlightening the buyer is quite another and it’s the latter that owner Sarah Craig endeavours to bring to Herringbone.

It’s been said that the frenetic and digitally saturated way in which we live is causing us to seek comfort in the handmade, the crafted and the artisanal. And while rugs have an ancient history, they’ve only recently become a hot homeware item locally, providing a sense of warmth and texture to interiors and lending a global appeal that’s hard to fake.

Geography, social and cultural heritage, environment and the materials at hand all form part of the fabric of a handwoven rug, translating into colours and patterns, pile and weaving techniques. It’s this diverse, original narrative that Herringbone aims to carry across in its products. Sarah wants each rug to tell the rich story of craft, rather than become another commodity.

Imperfections are the spice of an authentic and soulful interior and Herringbone knows it. Their reverence for the “perfectly imperfect” goes as far as to purposefully create rugs with unique differences and perceived mistakes that can only come at the hands of the maker. Embracing this concept means that your rug isn’t the same as his or hers in a world where individuality is hard to find.

Sourcing both new and vintage rugs from countries such as Argentina, Turkey, Pakistan, North Africa (Morocco) and Afghanistan as well as here in the Karoo, Herringbone has located areas that are celebrated for their skill in handmade rugs. We’re talking recycled hemp kilims, vintage beni ourains, azilals, flatweaves in colours you’ve likely not seen elsewhere and more, made from beautiful natural fibres like cotton, wool, jute and hemp, the way that rugs have always been made.

To bring one of these rugs into your home is to own an original piece of cultural heritage, a one-of-a-kind future heirloom.

What’s on our radar

Some of our personal favourites include the monochromatic hemp kilims, made by re-using and stitching together vintage kilims. Their really bold, modern kaudani kilims are also an exciting change from the classic coloured kilims we’ve come to know. We’ve also got eyes for their outdoor rugs, made from 100% polypropylene (that’s recycled plastic) in the brand’s unique feather design; the polypropylene is tough as nails but miraculously, soft to the touch. What really excites us is the fact that Herringbone can take pretty much any custom design and have it made up for you at the hands of their skilled artisan.

While Herringbone has become the destination at the end of a well-trodden path for the design trade, the brand is launching a new range that has the general rug-loving public in mind. The new releases will be dedicated to city dwellers and those looking for more affordable rugs, featuring smaller dimensions and lower prices. If you’re thinking that means factory made, you’d be wrong…incredibly, the new collection will still be made by hand. Expect both organic neutrals in natural fibres and subtle colour palettes as well as contemporary designs in luscious jewel tones.

Keep an eye on Herringbone’s news feed, because they’ll also be announcing an exciting collaboration with a local rug maven.