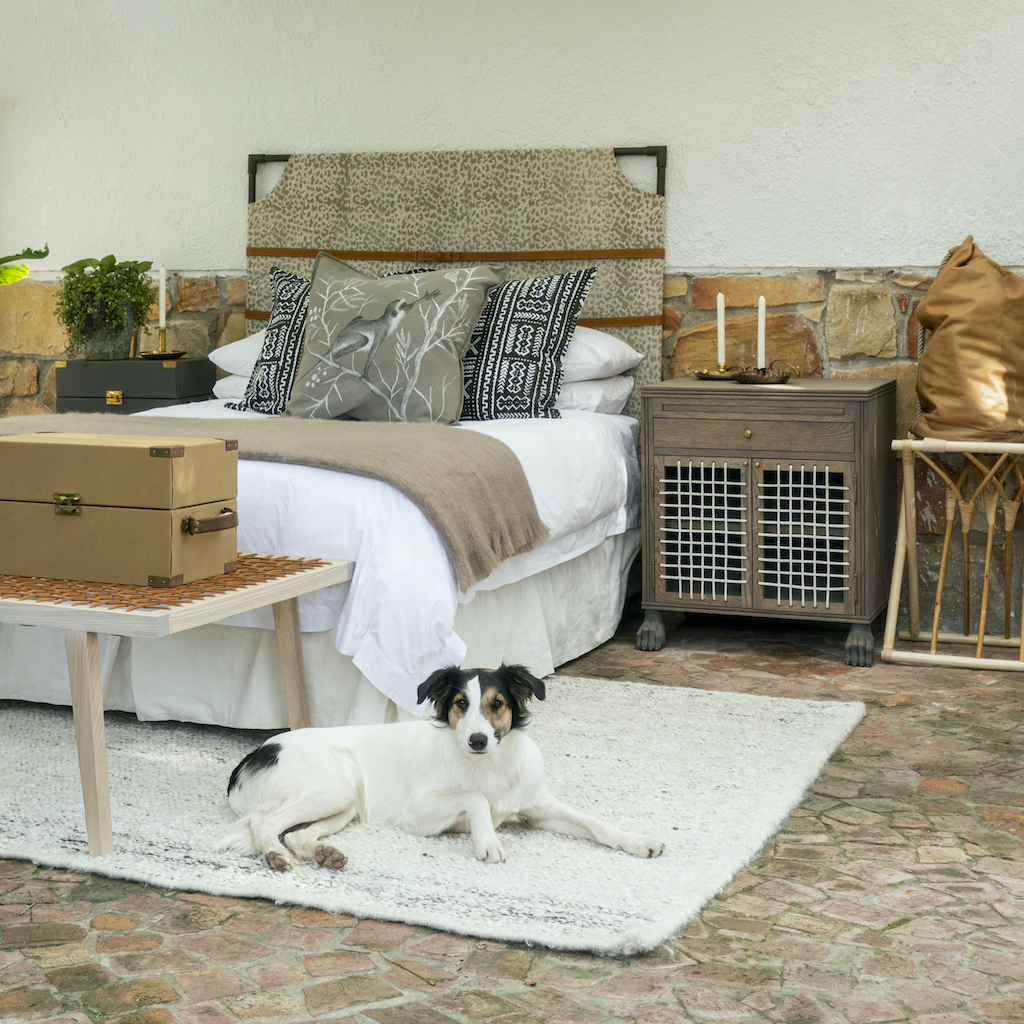 Justin van Breda unveils a furniture collection that is an intrinsic part of his South African background. It’s a celebration of the creative spirit, of craft and artisanship, and of the romantic eye.

Interior and furniture designer Justin van Breda set off from Cape Town to London in the 2000s to seek his design fortune. At the time, he hadn’t imagined that his journey would bring him back to South Africa in more ways than one.

When he launched his eponymous furniture and décor brand more than eighteen years ago, many, if not most, pieces in his debut collection were made in South Africa.

Over the years, production demands and other business imperatives increasingly drew Justin away from South Africa and more to Europe. But, more recently, he felt the pull of the continent he still calls home. The result is ‘Africa’, the umbrella title of a collection of furniture, textiles and objets.

‘Africa’ encompasses several ‘sub-sets’ within it, including Justin’s Cape Weaver work (a series of furniture and decorative items crafted by visually impaired people in Cape Town). There is also the Mohair Woven collection (a range of handcrafted mohair rugs), and African Sketchbook (hand-painted textiles in the Chinoiserie style). The most recent addition is a furniture series entitled ‘Safari’.

Safari brings me full circle. As a child of Africa, and with a romantic vision of life, I was drawn to a bygone era and that has clearly informed my aesthetic.

‘Safari’ is inspired by adventures in Africa: some of these Justin has experienced personally, and others are imagined – stitched together stories from the bonfire.

Justin’s hope is that the collection conjures up a sense of the savannah. Smelling the red earth; hearing the whispering of the long grasses and the call of birds in Acacia trees; seeing a blazing sunset dip into the ink of night. Romantic notions perhaps, but, then, ‘Safari’ has been designed to appeal to the heart.

Justin has worked with several local artisans on the project, all of whom clearly share his enduring passion for community and craft. Boasting 22 pieces in total, ‘Safari’ is mostly made in the Cape, but the skilled crafters involved in its production are also drawn from Zimbabwe and Malawi

Despite Justin’s talk of ‘bygones’, there is a frank modernity to the ‘Safari’ collection. This is not a pastiche, but a reinterpretation. Age old materials – hide, mohair and indigenous timbers – are matched with clean, unfussy lines and a pared-down palette. Familiar motifs – woodwork, travel straps, riempie, a carved lion’s paw – are introduced in quirky and inventive ways.

One thing is certainly clear: ‘Safari’ represents where the continent of Africa has come from but also celebrates where it’s going. Thanks to people like Justin, its local design and craft scene is looking as bright as the stars in a highveld sky.