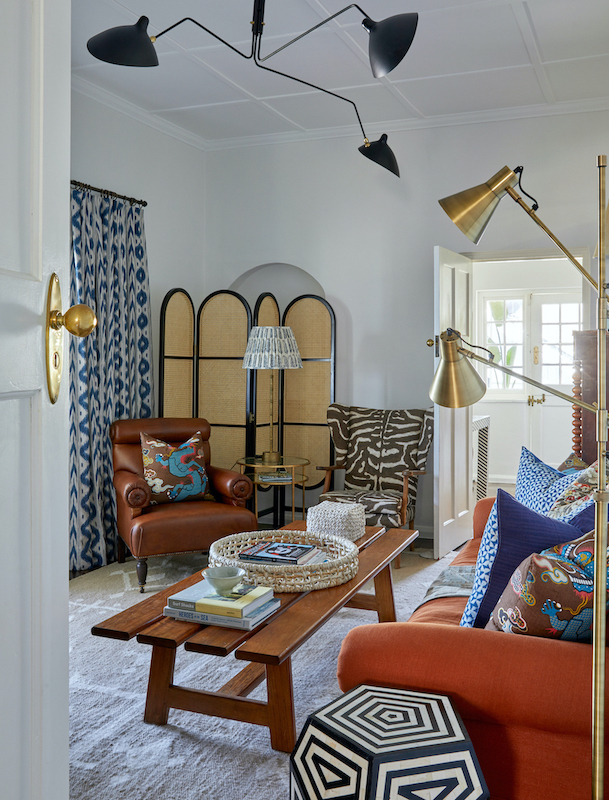 This soulful home in the fishing village of Kalk Bay was a leap of faith for its owners.

Kalk Bay real estate is on the radar of most Capetonians and even foreigners for its seaside village charm and history. So, it’s unsurprising that one South African couple living abroad purchased their Edwardian style house with its garden and prime views overlooking the ocean – sight unseen. Buying from such a distance is always a gamble, but in some cases, one worth taking the chance on.

Calling on Gregory Mellor – a designer they’d never met – to breathe life into the space, they gave him just 10 weeks to completion and a pretty open brief, specifying a call for an interior that was “casual and relaxed, unpretentious, bohemian, Cape and African.” Greg’s penchant for creating homes, rather than show houses – spaces that are inherently unfussy, comfortable and layered, as it turns out, was exactly the right match for the project.

The lack of time, Greg feels, worked in his favour, with overplanning and doubt giving way to gut instinct and a sense of freedom with the interior plan. “It was one of our less strenuous projects, partly because we had relative carte-blanche from the client… but also because the combining of somewhat disparate objects and pieces,  all with meaning and charm, was simply fun. Nobody wanted to impress or show off, nothing was too serious and ostentation was avoided,” he recalls.

By stripping and staining the timber floors a darker tone, the space is grounded and given a slightly more dramatic and crisp tone when teamed with the off-white walls. Against this backdrop, the couple’s collection of art and long-amassed kilims, as well as a bevy of comfortable furniture with varied provenance was brought in. The mix is half of the appeal. Here, you’ll find mid-century, African and antique pieces side by side, resulting in an aesthetic that’s original and seems to have developed over a lifetime, rather than overnight. It’s a fitting match for the 1919 building it exists in, and also manages to be fresh and relevant for the times too.

Print and colour all hang together within this eclectic space. Two bedroom walls in the home have been hand-painted with murals by artist Tess Metcalf, because, as Greg explains “there is a tactile quality to something being hand done as opposed to machine made that is hard to beat.” Once of the murals was inspired by vintage Japanese linocut images of waves and the other by tribal prints and fabrics.

“We recall driving to Kalk Bay from the airport in Cape Town feeling really nervous about a house we had never seen, an interior designer we had never met, and a mystery interior we were about to come and live in… the outcome could not have been better.  We were speechless at first, and then chortling with delight,” say the owners. It turns out the risk was well worth the reward.