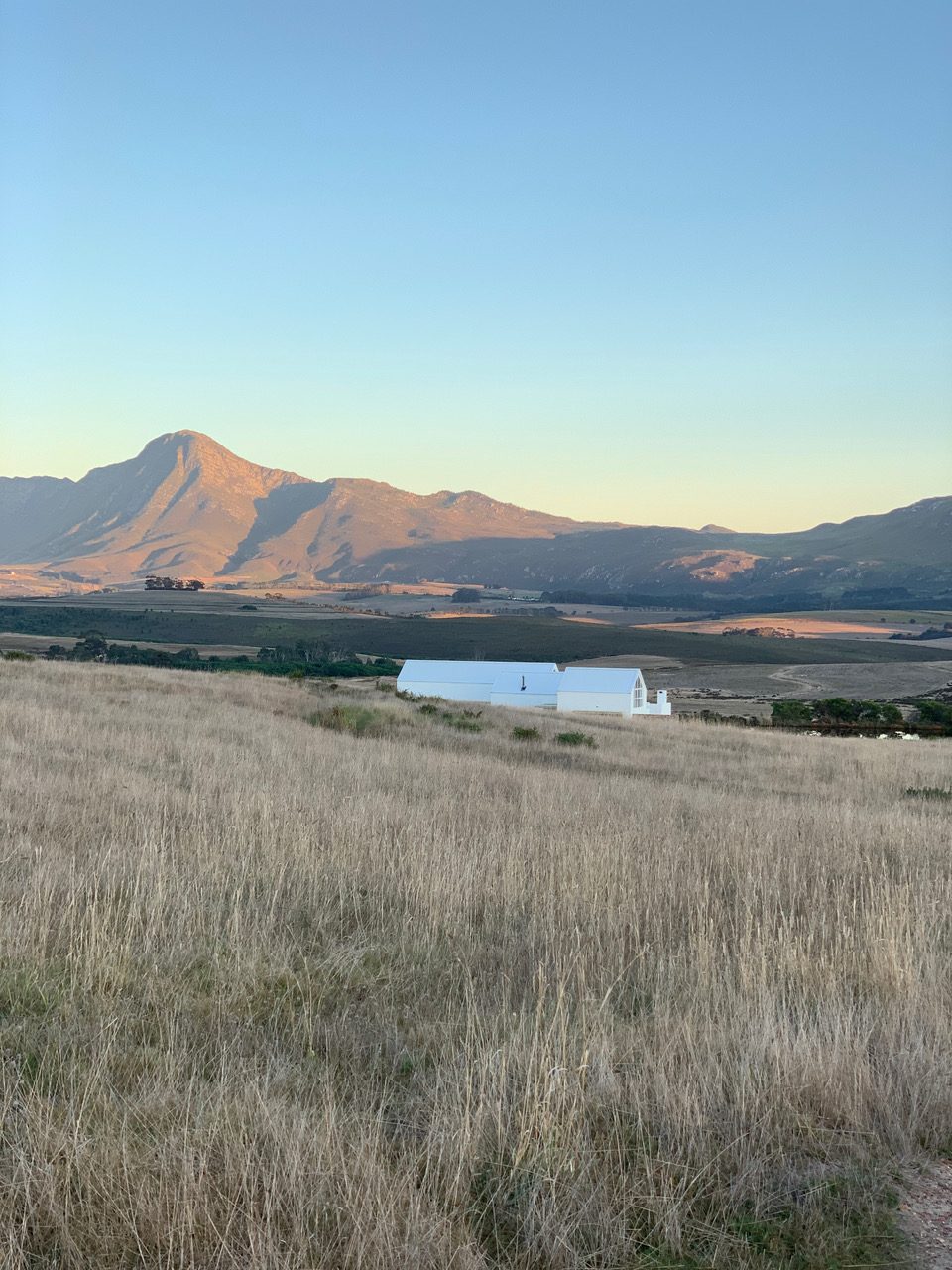 A barn home in one of the Cape’s most searingly breathtaking valleys bows down at the feet of its context.

For the owners of this Western Cape farmhouse, it was a connection to nature, above all else, that topped their wish list for their new family abode. In a place like the Hemel en Aarde (translating to heaven and earth) Valley, it’s not really surprising either; there’s an overwhelming sense in this patch of the planet that you’ve come to the very edges of the earth, where staggering vistas and exceptional natural beauty are coupled with a rare sense of quietude.

For Natalie, an interior designer and founder of Mooi Creative Studio, and her husband Ruhan, in whose lineage the farm belongs, they speak of the vastness of space that spoke to them about the land, and the feeling that it was “home” before it ever actually was a home.

Untouched nature outside is matched with raw natural elements inside and the views of the farm dam and Overberg mountains are worshipped with large openings and a simplicity of materials and form that quiets the mind.

With their chosen architects – DJ and Wilna of Ghost Fountain Design – they spoke of creating a “modern white farmhouse that made nature the hero”, specifically wanting to honouring the land they would call home and incorporating elements of concrete, glass and wood. With that, the team responded, and a trio of barns emerged, staggered and interconnected by flat rooves and laid out in such a way as to create an outdoor area that cleverly buffers the family from the summer season’s harsh south-easters. Its east-west aspect allows them to make the most of both the bucolic views as well as a good dose of alfresco living in a very exposed position.

“We agreed that the external skin of the building should be white, in stark contrast to the ever-changing Overberg landscape. Natalie then created a fantastic interior, emphasising the connection to the surrounding landscape,” DJ says of the barn’s bold colour choice given its context. Where the fields surrounding their home turn from green to golden straw, the house remains a crisp white, clean and contemporary on the horizon.

“The house is minimal and easy living; it connects us to nature and has a calming effect after a long day. It also stuns in its simplicity,” says Natalie. Mimicking its environment, the inside of the home is made up of a restful combination of blonde tones and crisp white. Here, timber, concrete and wicker are all left raw for an honest, unpretentious aesthetic and the addition of furniture and accessories is kept to a minimum. Glazing from floor to ceiling punctures the facade in strategic places to ensure that the view is venerated – doors folding away to reveal the horizon here, blurring the line between inside and out and fixed panes framing the vista there.

As the day draws to a close, you’ll find the family on their stoep, watching the sun dip behind the Babylon’s Toring mountains, their girls playing on the grass, dogs nearby and a glass of Spookfontein chardonnay in hand.