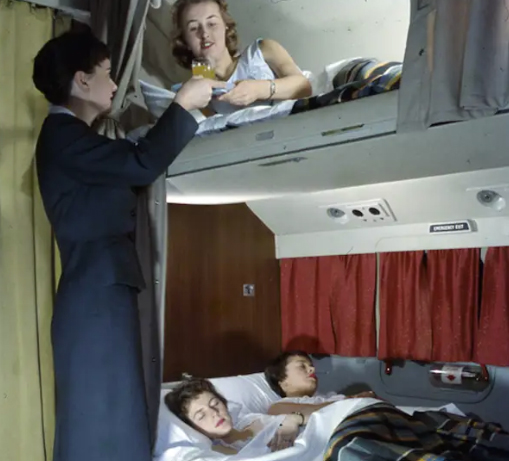 Tea, coffee or corona? Air travel during a pandemic

Jonathan Bain recounts his recent journeys, both local and international, as he reflects on the Covid-19 protocols, apparent surge in the wearing of poo-emoji slippers and the future of flight.

In those first few weeks in March 2020, I wasn’t in Level Five. I was simply in lockdown. That was an easy-to-understand, if punishing, mechanism to control the spread of a global virus. No surfing, no alcohol, no air travel. Given that facts about ‘novel coronavirus’ were relatively few and fluid, I understood the need for compliance. Indeed, I, like many others, thought that the enforced ‘pause’ might even allow me – us, society, the country of ubuntu – an opportunity to recalibrate, and consider how we spend our time in the world. That may have been overly optimistic.

Because, as the immediate risk faded, the political muddling began. Retroactive levels were introduced. (‘It’s going to end in tiers’, as one cartoonist in the Spectator quipped.) Flip-flops were briefly banned. Which businesses were permitted to operate and which were not seemed to reflect a reliance on ideology rather than data. In one of her briefings, Dr. Nkosazana Dlamini-Zuma took television viewers through an excruciating explanation on the mechanics of zols. If Covid-19 was A Serious Thing, why were our leaders behaving so frivolously? And so I thought, bugger it. As soon as they’ll let me, I’m going to get on a plane, fly from Cape Town (where I had spent lockdown) to Johannesburg, and see how my Gauteng colleagues were doing.

I used the word ‘dystopian’ to friends to describe Cape Town’s domestic airport terminal in September 2020. On reflection, that was probably exaggeration for effect. The building was just very empty. There were some forms and protocols to follow, but nothing too arduous. And – civilizational collapse! – the lounges were closed.

Safair was one of the only airlines in the sky at that time. They had banished food and the printed in-flight magazine (I missed neither). The unfortunate flight crew had to mime a safety demonstration without props (too many shared surfaces), and so were reduced to mostly standing still and occasionally pointing. Passengers were reminded to remove their face masks in the event of a depressurisation, and replace them with the yellow ones that dispense oxygen. Further announcements urged us to maintain social distancing in the aisle. At this point, packed in as we were, sitting cheek by jowl and nose to back-of-head, most of us had the good sense to laugh out loud.

A later flight in November to New York racked up the rules. Proper PCR tests were required on both sides (airports, not nostrils). And, although in-flight meals were permitted on Qatar, we otherwise had to wear both a face mask and a plastic shield on the plane. This meant that when I wanted to watch a movie, I had to wrap mask, shield, glasses and headphones around my head. Suffice it to say, I arrived at JFK with one of my ears bent at a peculiar angle.

On the way out, Cape Town’s international terminal felt small and listless to me. Most shops were closed, but there was one selling variations on the ostrich egg, and another offering emoji-shaped cushions. I saw that the range had now expanded to include slippers in the shape of smiling poo. This – this! – is the real dystopia, I muttered into my mask. Some of us somehow felt that the best way to face a pandemic was to enrobe our feet in cartoon excrement.

On the flight back home, a comment from a fellow passenger stuck in my mind. As we began our descent into Cape Town, one of the crew had smilingly gone from passenger to passenger, asking if there was anything they could do to improve the service in future. (Hats off, Qatar; this personal survey was a first for me.) I told her that everything was brilliant, grateful to have simply made it in and out of New York without too much fuss. But the woman behind me grumbled that the duty-free offering on board just wasn’t up to scratch. Simply not what she expected!

Her comment highlights my fear: I’m afraid not many of us have used the pandemic moment to recalibrate very much at all. Air travel is one such example. For starters, most of us probably don’t need to jump onto planes as often as we do: it now feels almost impertinent to expect to travel from Johannesburg to Lisbon in sixteen hours on a whim. That is a – dread word – privilege. But, more than that, it might be useful to reconceptualise our expectations of being aboard an aeroplane. This is not a bus. This is not a restaurant. This is not – sorry, ma’am – a duty-free shop. This is a miraculous mode of transport, lofted above the clouds thanks to more than a century of science. We are, when we fly, moving swiftly in constantly-repelled peril. Although it happens rarely, a small mechanical fault or a minor pilot error can lead to catastrophe. (And if you think the brace position and the whistle attached to your life jacket will save you, think again.) Passengers should expect – even embrace – some discomfort: they are flying somewhere thanks to the continuous cooperation of many well-trained fellow humans.

Airlines, too, could reimagine. Instead of behaving like providers of bus-restaurant-shops, perhaps they should act like suppliers of air travel. Forget business class. Why can’t we all lie flat for the duration, and have a good sleep? Where are the stacked bunk beds that Lufthansa, Air New Zealand and British Airways keep flirting with?

I know where they are, of course. Snagged in the red tape of bureaucrats, and on the jagged graphs of the accountants. The airline doing the best during the pandemic? Ryanair. Lowest-cost, maximum ruthlessness, least ‘fit for purpose’. Its CEO, Michael O’ Leary, seems to see only an opportunity to make even more hundreds of millions of pounds out of his exhausted passengers. As I said, I may have overestimated our capacity for recalibration. Strap on your poo-slippers, everyone; this could be a bumpy ride.