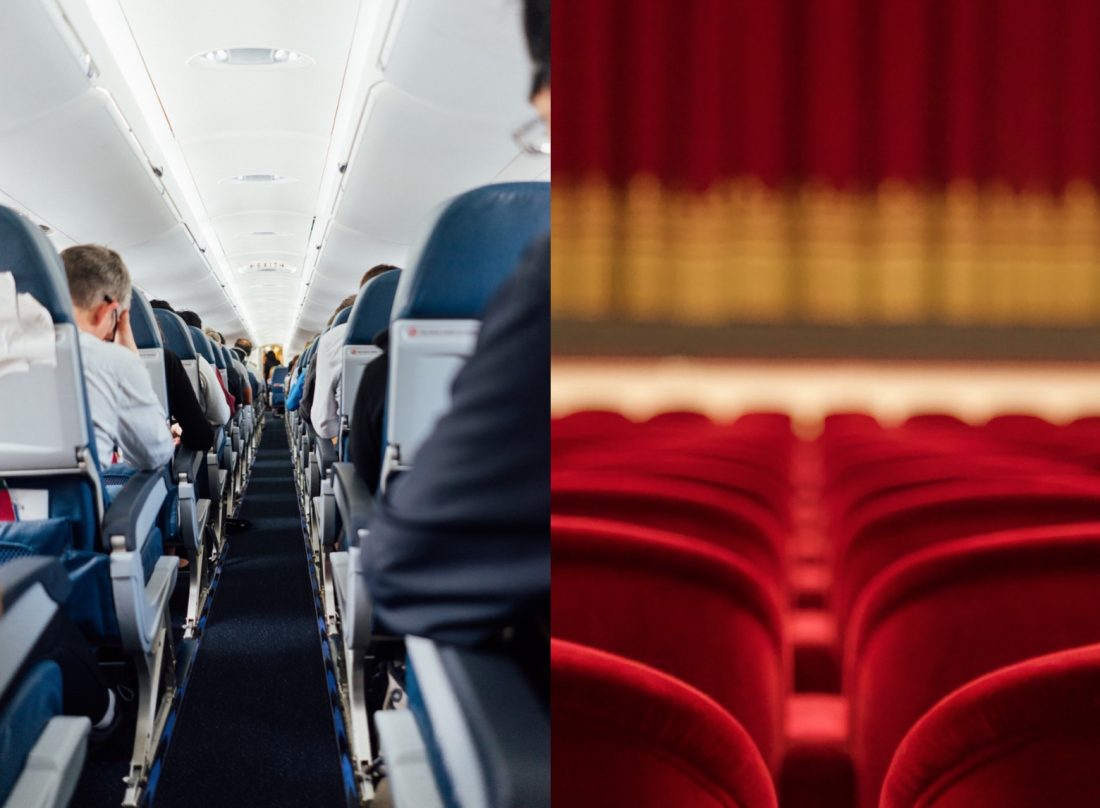 Because planes are obviously very, very different to theatres

News in earlier this month from the Baxter theatre: both their shows for June have had to be postponed due to Covid-19. Based on the J.M. Coetzee novel of the same name, The Life & Times of Michael K was to have been an intriguing performance of both actors and puppets. I know less about Kiss of a Spider Woman, but have wanted to see a version of the play for many years.

There had been a series of emails from the Baxter in the lead-up to this announcement. The President’s new corona rules, revealed on the 30th of May, saw the venue evidently having to cut the maximum number of permitted audience members from 250 to 100. (This is in a hall with a capacity of 680.) They laid on extra dates to try and disperse those who had already bought tickets, asking us to move our bookings if possible. Then, later, two company members tested positive for Covid… the final straws for an already beleaguered camel’s back.

And even if that had not been the case, Mr. Ramaphosa popped up yet again on the 15th to fiddle about with the permitted crowd size permutations.

But never mind, fellow theatregoers! May I recommend you book your seats at the Kulula, Flysafair or Airlink theatres instead? Each venue accommodates around 200 people, and there are daily performances – sometimes one every couple of hours. There are no restrictions on seating, either: you can sit right next to two complete strangers for the full run-time! Just keep your masks on, and maintain social distancing when you use the lavatories.

The shows themselves are admittedly workmanlike, and invariably involve mimes. But who isn’t captivated by the simple act of someone pointing at illuminated floor lighting, and then gesturing precisely to indicate doors aft, to the side, and to the front? The implicit existential crisis is gripping: will you get to the exit in time? You’re probably familiar with those mini-thrillers involving people in lifejackets, armed only with whistles – but they’re well worth another watch. And don’t miss The Safety-belt Demonstration: you’ll be on edge of your seat (only metaphorically, of course). Kulula went in for comedy sessions a while ago – ‘put on your oxygen mask only once you’ve stopped screaming!’ – but, fortunately, they’ve lately opted for more traditional routines. Tickets are reasonably priced: Flysafair has a special on at the moment, apparently, starting from R499.

What I can’t work out, of course, is why some venues are favoured over others? Why was The Fugard left to fail, while Mango was permitted to soar? Why can some spaces absolutely pack people in, while others have to strictly keep them apart? Indeed, just why are Boeings deemed safer for the public than the Baxter? Perhaps I just don’t understand the science.

In all seriousness, it does seem somewhat unfair to critique Mr. Ramaphosa’s performance. His task – for this pandemic and much else – is an almost impossible one. But the least we can insist on is consistency. The cognitive dissonance demanded to accept both the closing of a theatre and the opening of a crowded aeroplane, is destabilising. It looks like a trick, and it makes our leaders seem shifty. The president would have us believe that this is all a drama, but it often feels like we’re watching a farce.

You can support the Baxter for the equivalent of a cup of coffee each month. Sign up here www.thebaxter.xyz.