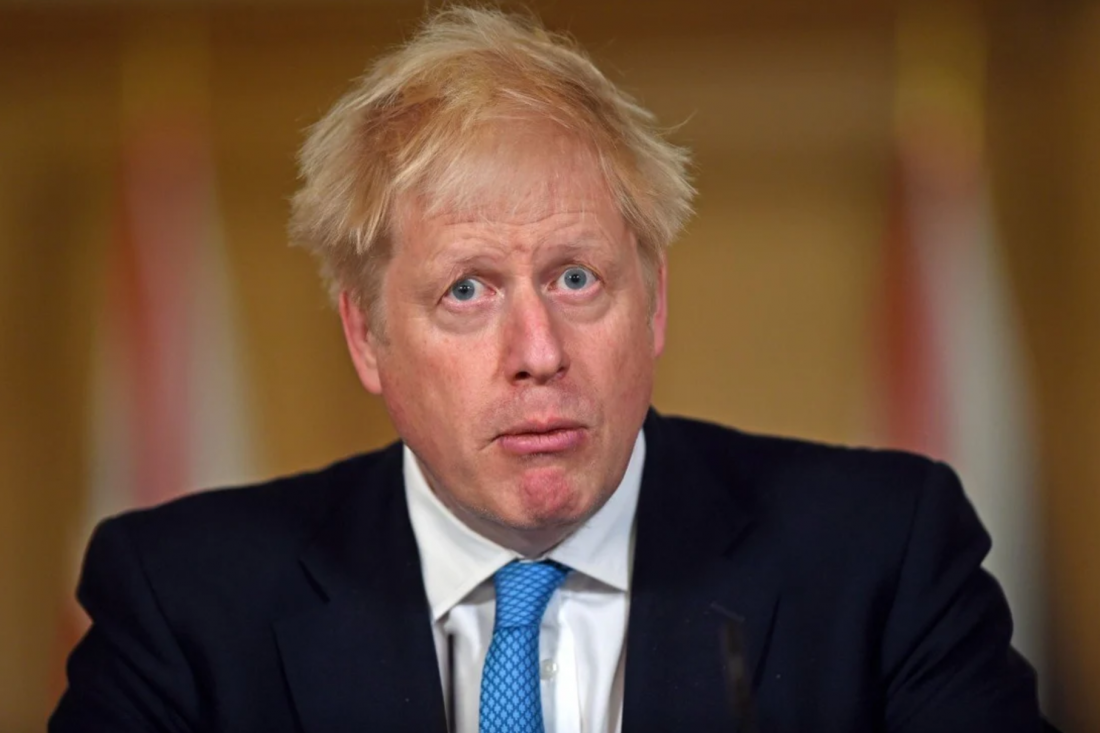 Should the UK prime minister’s fiancé be choosing the wallpaper? Why does the sight of Nkandla evoke such nausea? Jonathan Bain reflects on how décor decisions can be political.

I’m not really sure what to make of the current prime minister of the United Kingdom. At the moment, I keep half an eye on British politics via Sky News. I know, I know. It’s an increasingly terrible television channel, and seems mostly to cover soccer, Prince Harry of Hollywood, and the English weather. (Rainy, or expecting rain.) PM Boris Johnson does pop up occasionally, though: ‘Greetings. Alas. [Insert classical allusion.] Jolly hockey sticks. Humph. Cheerio.’ He used to be a very good editor of a magazine called The Spectator; he seems a less convincing leader of Her Majesty’s government. As his old publication has noted: ‘There is always an element of satire in his words and manner. That would be disastrous in most men, but in good ol’ Boris it gets the punters in.’

It seems lately, though, that the punters are concerned with his expenditure on the décor of his official residence. Sky News, taking a break from wet footballs, has reported that Boris has spent some £60 000 on top of the publicly-funded annual refurbishment allowance of £30 000. Or rather, donors to the Conservative Party have secretly covered that extra £60 000. This is not only a shabby thing to do, but also breaks the rules on donations disclosure. The PM claims to have actually paid for it himself after all, so nothing to see here, jolly hockey sticks.

The figures are only one part of the problem, though. Voters have bridled at comments by the prime minister’s fiancé, Carrie Symonds, condemning the residence’s previous décor as ‘a John Lewis furniture nightmare’. Ms. Symonds is, instead, inspired by the likes of Lulu Lytle, co-founder of Soane. Think highly intricate patterned wallpaper, plenty of rattan, and cartoon-aristocrat occasional chairs. So it is not so much the cost of the renovations that annoys, it seems, but the snobbery. What, many people are thinking, is so wrong with John Lewis?

For politicians, appearance – or, as Americans put it, optics – is essential, if not paramount. Roll up your sleeves and take off your tie when out and about with the hoi polloi; don a hard hat and look interested in a new building. If you’re Justin Trudeau, ‘accidently’ appear on beaches looking fit in a wetsuit, stripped to the waist. If you’re Vladimir Putin, do the same – except on a horse. In the more developed world, it is apparently important to look like you’re just an ordinary chap – or chappesse – who has just stumbled into the top job. In this milieu, Lulu Lytle is thus problematically posh.

In the developing world, we seem to have an opposite dilemma, though. As the shoeaholic and former first lady of the Philippines, Imelda Marcos, once put it, in her opinion ‘her people’ actually wanted to see her looking good. Unlike the Brits, the Filipino public apparently craved the sight of the visible and ostentatious success of ‘one of their own’. And, so, she and her husband plundered the fiscus to finance their palaces and pageants. Cartier for everyone! Ms. Marcos was later to become a democratically elected congresswoman in her own right, but, now in her nineties, remains grimly unrepentant about her past. She was quoted last year as saying: ‘I was always criticised for being excessive, but that is the spirit of mothering.’

What, then, is the spirit of South Africa’s former president, Jacob Gedleyihlekisa Zuma? It is a similar orientation to Ms. Marcos, I suspect, but without the stilettoes. The Big Man must look the part for his people; hence Nkandla. But – with both Marcos and Zuma – I think there is also an obvious contradiction here. While they play-act the materially successful everyman (or woman), these politicians have, at the same time, convinced themselves that they’re actually inherently superior to the rest of us. Therefore, they ‘deserve’ what they take. Leaders like this effectively double-dip their fingers in the till: once for appearances, and twice because – like those L’Oréal gals – they’re worth it. It is gross.

Worse yet for taxpayers is that we don’t even get aesthetic value for the venality we finance. Marcos’ tacky shoe collection was so vast that the footwear was dated before it could even be worn. Zuma is clearly a tasteless buffoon: so thoroughly cheap-looking was his cement-brick pool that I briefly believed it might actually have been built for fire prevention, as claimed. He pilfered R250 million and bought that?? I’d have preferred a bit more Lulu Lytle myself, but I am a snob.

Their design choices reveal more than those listed here might otherwise choose to share. Symonds comes off as a grasping wannabe. Zuma as a financial illiterate with more money than shame. Marcos as an impervious harridan. Those in the public eye generally try to choose their words carefully: the same should probably apply to their wallpaper.

I am minded of stories like those about Ms. Symonds et al when people dismiss design and creativity – the aesthetic life – as ‘fluff’. Sometimes, perhaps, it is. But sometimes, it is scandalous. Often, it speaks to our relationship with those who purport to lead us. Very occasionally, it may even bring down a Big Man. What surrounds us, reflects us. If I were Mr. Zondo, one of my questions to Mr. Zuma would be about the price of his suit.