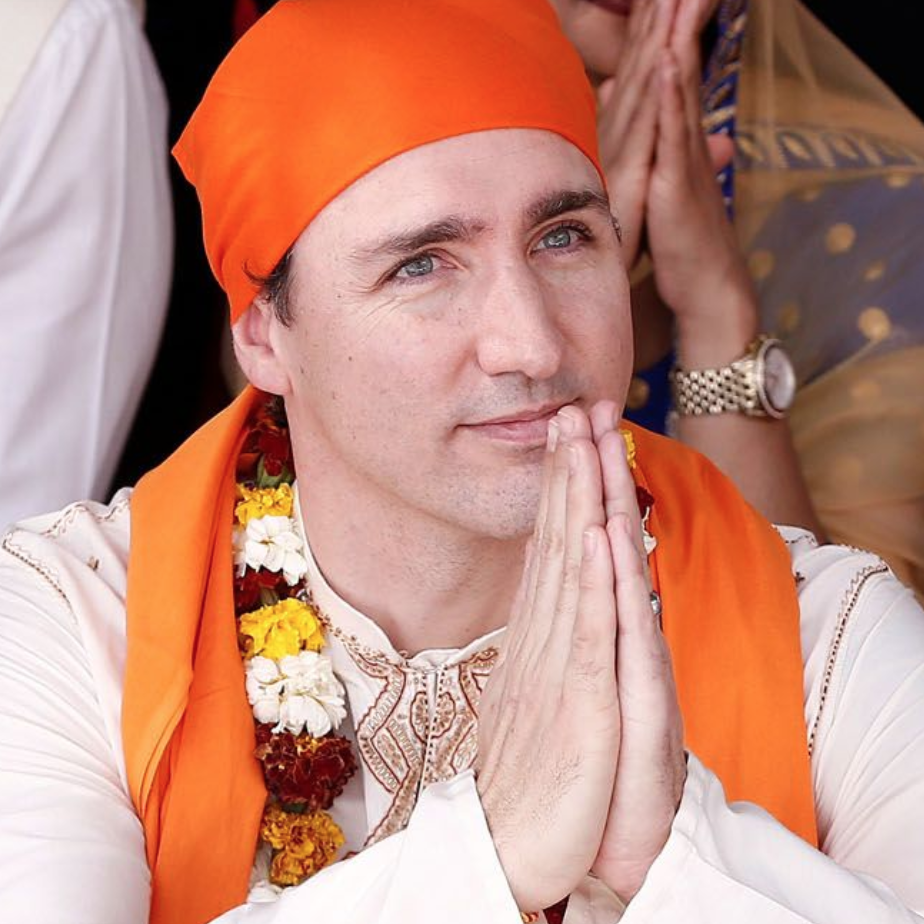 There has been an election in Canada, notes Jonathan Bain, and a social media influencer has been re-elected for a third term.

Canada. Land of the red maple, Justin Trudeau, Mounties, Jordan Peterson, moose, Celine Dione, people who say ‘ay’, Quebecois secessionists, green forests and, er… well, that’s all I have for you. That list more or less spans my entire knowledge of Canada, which, in my mind, brands the country – no doubt unfairly – with a vague air of tedium.

So, of a recent evening on the internet, I noted that there had been an early election in Canada, and wondered, not for the first time, if there was more to the country than mostly moose and ‘My Heart Will Go On’. Are their politics robust, consequential, and absorbing? Not really, I’m afraid. And not even to Canadians themselves, it seems, who, this September, returned their existing prime minister and his minority government with just about the same number of seats as they had had at the last election.

That prime minister is Justin Trudeau, of whom, per my above comprehensive Canada list, I am aware. He is tall, dark and dishy. I have mentioned him in a previous column: he haphazardly gatecrashes beach weddings – once on a kayak, and once stripped to the waist in a wetsuit. In the former case, he can be seen grinning in poses with the happy couple. Well, the bride certainly appears happy; her husband less so.

I was at first impressed with Trudeau. Young, apparently amiable, well-spoken, well-tailored… dishy. He wore rebellious cartoon socks. One is meant to be impressed. Then, about a year into his term, he lost his temper in parliament. I’m not au fait with Canadian parliamentary process and the audio on the YouTube clip is not clear (it seems to be a lot of people shouting ‘ay’), but Mr. Trudeau’s mood is. He stands up from his seat on the benches, marches furiously across the floor – in a slightly campy, stompy way – grabs what I assume to be one of his MPs (whose entry to the chamber is being impeded by a small, milling crowd), and marches him back to the benches. In the process he not only manhandles the MP, but also appears to elbow a woman out of the way.

It was a small tantrum as tantrums go, but it was clearly delivered from someone very used to getting his own way. It was also a visual shock: the gap between person and persona suddenly seemed especially wide with this particular politician. So, as a result, I kept an occasional eye on Trudeau, and, gradually, of course, he began to grate. Not so much familiarity breeding contempt, but a lack of familiarity achieving the same result. It is, I think, hard to become familiar with someone so performative.

Indeed, over time, it became apparent that, just like his ‘surprise’ appearances at those weddings, nothing about this prime minister is accidental. He is utterly choreographed, and consistently so. In 2016, for example, shortly after being elected for the first time, he apparently spontaneously, brilliantly, and seriously answered a reporter’s jokey question about quantum computing (and went ‘instantaneously viral’). It later emerged that the exchange was at worst a set-up, at best prompted by Trudeau himself beforehand. Still: viral.

In 2017 – hey presto! – he found himself jogging virilely past a group of young Canadian prom goers, i.e. social media-savvy people with iPhones at the ready. It was all a happy coincidence, of course, and Trudeau also just happened to have his official photographer in tow to capture the Gramworthy scenes.

Perhaps most egregiously, on a week-long state visit to India in 2018, he appeared in traditional Indian dress (along with his family) in a different outfit almost every day. The resulting snaps – with Trudeau depicted with his hands often clasped together in a namaste – are preposterous. It was less state visit, and more fashion shoot. Trudeau once claimed that his seeking of the leadership of his country was not the same as ‘a popularity contest’. He is right. Rather, his premiership looks more like a variety concert. I can kayak! I know about quantum computing! I wear amusing socks! Namaste! This is very much aesthetic-as-politic: a Facebook prime minister. There is, thus, an absence about Trudeau; a lack.

It can’t all be smoke and Twitter, though, can it? Trudeau must have had some credentials? Well, yes and no. He certainly had name recognition throughout his life (even ‘celebrity status’): his dad, Pierre, was a previous Canadian prime minister (between 1968 and 1985, with a year in opposition). Aged 28, Trudeau Junior made an earnest, well-rehearsed speech at his father’s funeral, and opportunists at the time spotted a future figurehead. He became an MP for the Liberal Party in 2008, leader just five years later, and Prime Minister in 2015.

One grizzled Canadian journo, Rex Murphy, called Trudeau’s background prior to politics (as school teacher, occasional actor, and ‘youth advocate’) an idle life. Trudeau himself responded to criticism about his lack of substance by saying: ‘You know, I’m not going to go around reciting Pi to the 19th decibel.’ He has a good chin, after all, and a well-timed little moue. Who cares if he, at best, has a breezy attitude towards the country’s budget? ‘I don’t think about monetary policy,’ he once declared, no doubt en route to his kayak.

Does any of this matter? Why a random polemic against the leader of Canada, for heaven’s sake? After all, politics is boring, as most people keep telling me (Canadian politics must thus be exponentially more boring). And that’s true to an extent. But when most of us don’t pay attention, it becomes possible for someone truly frivolous to reach the top. And, yes, all politicians use all available tools to promote their propaganda. But in Trudeau’s case, it is not so much him using Instagram, as Instagram using him. He is a man pleasing an algorithm.

For my money, the aesthetic should reflect an ethos, an idea, an approach to the world. It should amplify, not conceal. It is not just tat; another trivially ‘reinvented’ teapot or chair. But Mr. Trudeau is reducing politics to tat. He is a trivially reinvented teapot. Of course, he may also be merely a symptom. Perhaps we have simply reached a state in post-modernism of ‘peak politics’ – and all that we can now expect in terms of leadership are forty-somethings playing dress-up. Perhaps, on some level, we actually want Instagram prime ministers. I hope not.

Anyway, I’m at least looking forward to a future visit from Mr. Trudeau to South Africa. I assume we will see him in a safari suit, perhaps a Basotho hat (remember when FW de Klerk wore one of those?), or a Zumaesque creation – with Trudeau, stripped to the waist, in leopard skin and white takkies. Indlamu time! I feel a TikTok trend coming on.