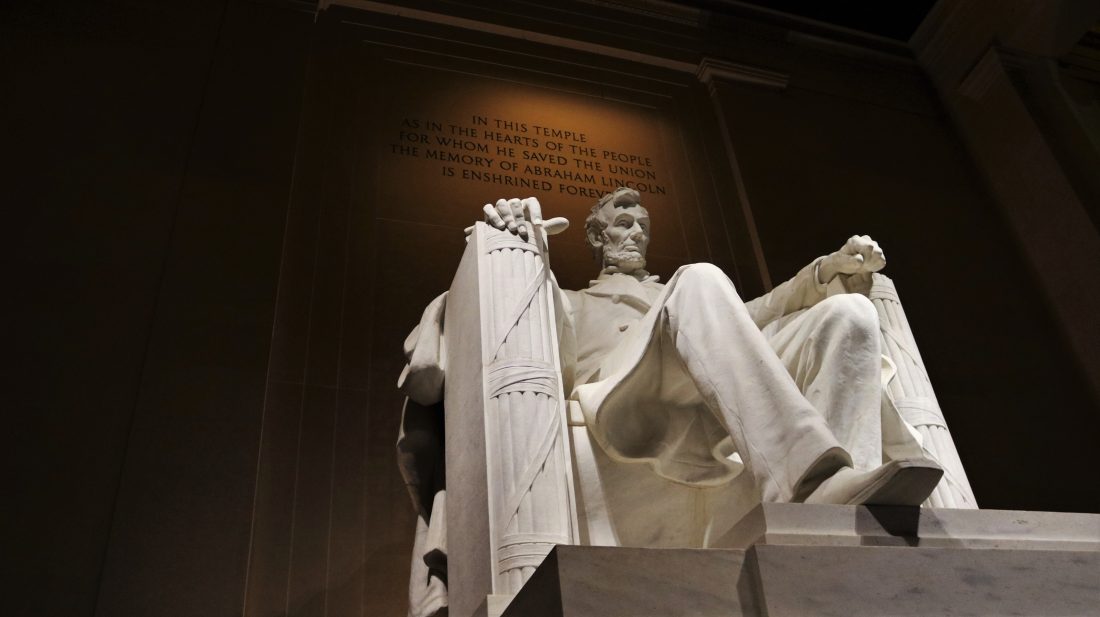 Where bigger is bigger

In transit in Washington DC, Jonathan Bain walks the city’s famous Mall and takes a snapshot of its vast lawns, monuments and memorials.

It is fall, and I am in the United States. I made a similar trip from Cape Town last year, but, as opposed to 2020, airports seemed significantly fuller this time around. Waiting for my connection at Hamad International Airport in Doha, I had to queue grimly for the toilets. A man washed his feet in the sink while we waited. Everyone seemed a little tetchier, myself included. As much as I generally enjoy flying on Qatar Airways, for example, I found myself yearning for a grown-up safety announcement. Must we have a silly six-minute recorded ‘comedy’ skit involving famous football players where they sing – sing! – the procedure for exiting the aircraft on escape slides during an emergency? Oh, ha ha, it’s just a little catastrophic water landing. Always good for a few laughs.

Ask The Pilot’s Patrick Smith (a pilot) notes that, with respect to vids like Qatar’s (which he describes as ‘skin crawling awfulness’): ‘if safety is really the point, the briefing should be taken seriously’. Yes. Agree. And it turns out that the bit the footballers sing – sing! – is actually one of the most important points worth making: leave your carry-on items behind during an evacuation. ‘I cannot overemphasize how dangerous [ignoring this advice] is,’ says Smith. Anyway, cut to Neymar grinning.

Ah, well. I thus arrived in a curmudgeonly mood in Washington DC – but was soon chivvied out of it by this unexpectedly charming city. I was there for just two days, but my timing was good: the weather relatively warm for the season. So, on a beautiful blue-sky morning, I headed out of my hotel towards the Mall – DC’s 3km-long rectangular park that stretches from the Lincoln Memorial to the Capitol. I had never been to Washington before, and expected something slightly more authoritarian to the mood. Certainly, as I walked, I noticed beefy men with guns and dogs patrolling key sites, but, generally, things seemed quite relaxed. (Except perhaps for the militant leafblower operators, droning autumn into neat little piles of submission.)

Abutting the Mall is the White House, which I passed en route. It seemed smaller than it does on television; a bit like meeting Tom Cruise, apparently. I found the perfect repetitiveness of the high, wrought-iron fence outside quite beguiling… not a freshly-painted black bar out of place. The building itself – the iconic North Portico faces Pennsylvania Avenue – seemed surprisingly close. Later on, I was passed by a long, long cavalcade of cartoon American cars, blue lights flashing. Was it the President on his way home? Were the sirens on full volume to keep him awake? It was an impressive sight, but not that dissimilar to the vehicular processions of our own leaders back in Mzansi. (Which makes the latter that much more obscene.)

Across to the 170m-high Washington monument – an obelisk, a giant numeral for the first president, an Egyptian fever-dream – and then right towards the Lincoln memorial. Perhaps because it’s a feature in so many movies, there’s a slight kitschness to this space. The giant, marble Lincoln broods in his windowless room, while all about him are signs demanding ‘silence’ and ‘respect’. I imagined a similar, future monument to Obama at the other end of the Mall: a bracket to Lincoln’s Civil War efforts. Perhaps this one could insist on ‘noise’ and ‘celebration’. (Trump, of course, doesn’t need a monument. He has built too many of his own, to himself, and they are wreathed in gold.) To the West, planes descended lazily, low, obliviously and often – preparing for landing at, I suppose, Reagan National Airport. The 40th president buzzing the 16th.

I took a U-turn, and a slight shimmy to the left, and then passed, almost accidently, the memorial to the US servicemen who died in the Vietnam war. It is a black granite wall of names, but cut deep and down into the manicured lawn. A well-tended scar. It is hard not to be affected by its size and simplicity. Did Biden pay it a visit before he decided to abandon Afghanistan? I doubt it. Nearby is the reflecting pool, which is shallow and the metaphor unbearably obvious. A duck rested in the cold water; head hidden beneath a wing.

Around me, life went on in America. A group of tourists rolled past on Segways; I was both slightly appalled and immensely jealous. A woman jogged towards me wearing flesh-coloured leggings – so, from a distance, she appeared to be naked from the waist down. Is this a thing now? A fire truck blared angrily at a red and silver taxi. It was time to go.

On the four-hour train ride to New York, I thought, of course, of South Africa’s public art. At the moment, we seem incapable of imagining anything much beyond another reiteration of Nelson Mandela. He raises his fist at Groot Drakenstein. He boxes in central Johannesburg. He opens his arms at the Union Building. He dances in Sandton’s Mandela Square on his too-big legs. Tourists clutch onto a calf muscle for a photograph, weirdly positioning themselves just beneath the former president’s groin. Have we run out of ideas?

Washington DC suggests that the key to an effective piece of public art is scale. I thought that when I first saw the arch for the Arch in Cape Town. Nice, but a bit small. If you’re going to make a visual pun, why not make it a shamelessly big one? It works.