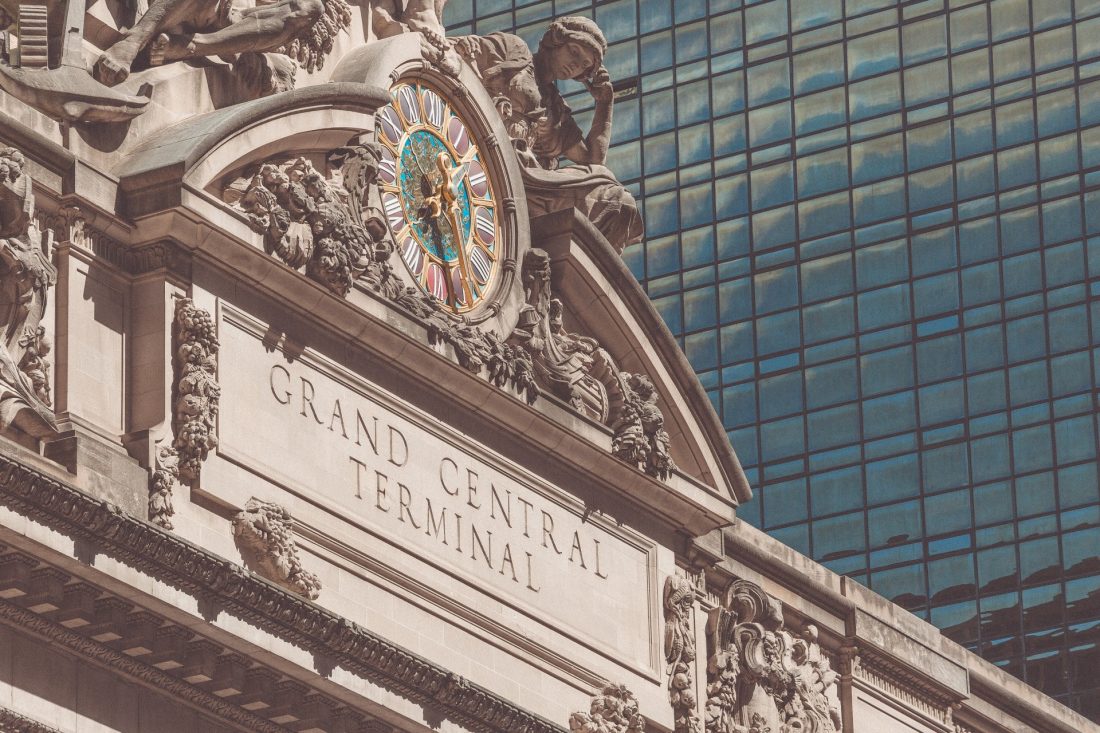 Grand Central Station: An architectural argument in favour of respect

And it’s one we should increasingly take to heart, writes Jonathan Bain.

I had walked through New York’s Grand Central Station (although, strictly speaking, it’s a ‘terminal’) several times before I actually had to catch a train departing from it. Before then, I had, like millions before me, marvelled at the main concourse. The space it encloses is improbably immense. The paintings on the ceiling – depicting the constellations – are unselfconsciously ambitious. The ubiquitous blonde stone from which most of the masonry is hewn is surprisingly calming, given the velocity (and verbosity) of the New Yorkers that constantly surround you. And, so as I made my way underground trying to find a train bound for the town of Rye, I was in for a visual affront. The marble gives way to the dirty entrails of engineering; of running one of the busiest terminals of its kind in the world. Grime. Artificial light. Screaming metal. This is not, after all, a museum, or a palace, or an art gallery. This is just a train station.

Except, of course, that it doesn’t feel like that, does it? It feels like… well, the clue’s in the name isn’t it? It feels grand. There is a sense of journeying; of occasion; of humanity coalescing even as we go our very different ways. Of course, I’m not saying that everything about Grand Central is unimpeachable. I find the food market stuffy; the doors that swing either way mildly terrifying, especially at rush hour; and I did once encounter a man, stripped to the waist, bathing himself in the restrooms of an afternoon. Hardly Instagrammable.

Here’s the key for me, though: Grand Central has been built with respect for the public in mind. Sure, its original builders wished to convey the power – the vaulting commercial success – of a booming new America. (The Beaux-Arts style is, not coincidentally, steeped in Roman empire.) But, if you read the breathless publicity at the station’s launch in 1913, the building was conceptualised as a ‘a poem in stone’ composed around the commuter. (I don’t think even the most ambitious adman could write that about, say, the Sandton Gautrain station. Unless he was referring to a kind of tragic haiku.) Platforms were judiciously divided on two levels, to encourage greater ‘ease and freedom’ of travel. Gently sloping and generous ramps were built with several times the capacity of the traffic at the time, to allow the station to expand without overcrowding. The aesthetic was considered an essential part of the design: ‘an ennobling experience,’ as architecture historian Vincent Scully wrote in The New York Times.

Astonishingly, by the mid-1960s, there were plans to tear the whole thing down. That had been the fate of the similarly-styled Penn Station a few years earlier. Its replacement is, today, a low-ceilinged windowless labyrinth: the cross-town Beast to Grand Central’s Beauty, as more than one writer has observed. Penn Station quite obviously treats the commuter with contempt; hiding the exits even as you yearn to leave. The coffee there tastes grim and perfunctory. It is a cul-de-sac.

If the last few months in lockdown have taught me anything, it’s that what surrounds us is important – perhaps even essential. If you have been cooped up in a makeshift home office, or stooped over a Zoom call while toddlers do battle around you, you will know how imperative it is to have a space that energises rather than its opposite. You want Grand Central, not Penn. The former is an argument for craft, for consideration, for appreciating the arc of history. The latter is purely functional. Ironically, of course, that means that it is also dysfunctional – even dystopian – because it removes the human experience from the final blueprint.

Given the pressures of the capitalist enterprise, is building something like Grand Central even possible anymore? Santiago Calatrava has had a recent crack with his Oculus, the station at the World Trade Centre site in downtown Manhattan. The scale is impressive, but it only manages to feel strangely bleak to me. (And that’s a tepid critique: columnist Michael Kimmelman called it ‘a kitsch stegosaurus’.) In South Africa, I’ve heard some dispiriting stories from those trying to resurrect the old Park Station in Johannesburg. Evidently, some in authority seem to think that beautiful buildings won’t be appreciated by those who pass through them. Or, worse, that they will be deliberately destroyed. This seems surly and defeatist. We must do better.

Grand Central is an example of a public space that reflects a public attitude. It says, we respect one another enough to have built this for one another. It says, pause, think, wonder, imagine. It says, you may just be getting on that train bound for Rye, but you are part of our species’ noteworthy shift through time and space. Even though it sits solidly, fixedly on New York’s deepest basement, Grand Central is a building that can transport you.