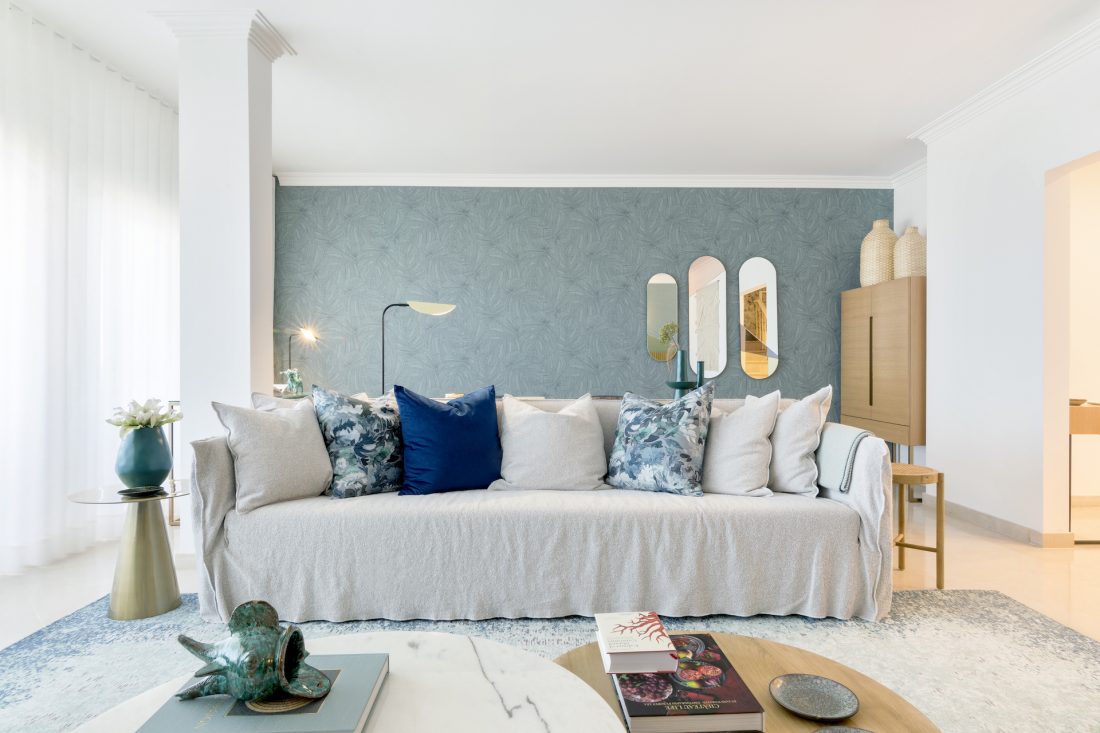 From Portugal, with love

The dialed-down interior of this oceanside apartment in Cascais, Portugal speaks to its natural surrounds.

It’s not hard to see why the popular seaside town of Cascais has been favoured by Portuguese royalty and nobility since the late 1800s; it’s a scenic 20-minute drive from Lisbon, it’s surrounded by sought after surfing beaches and is backed by the Sintra mountains. The South African owners of this tranquil apartment were clearly in agreement with the royals. The town still bears the laid-back mood of its humble fishing village roots but has become a hive of cosmopolitan living with cafes, shops and restaurants lining its cobbled pavements.

Having bought the apartment unfurnished, the couple turned to Ballito, KZN based interior designer Amy Mitchell of Studio Mitchell. With an awkward column disturbing the living room layout and a vacancy of any personality whatsoever, what the property did have was views of the town’s two most spectacular natural landmarks: the dense and untamed Sintra mountains and the dramatic azure waters of the Cascais shoreline. The task was to inject a sense of this environment into the space while answering to practical needs like two extra bedrooms for their kids and an informal workspace.

“We decided to make use of all the local Portuguese artisans and suppliers rather than importing everything which helped to give the end result more of an authentic feel,” Amy explains. This she did with the help of local interior design studio Pura Cal and architecture firm Tiago Patrício Rodrigues. Portugal being the artisanal hotbed that it is, Amy looked to crafters, artists and vintage markets for furniture, textiles, ceramics, rugs, lighting and accessories.

The inconvenient column has been cleverly disguised as a room dividing mechanism, where Amy has backed the living room sofa with a work desk, formalizing this portion of the room. Taking her cue from the apartment’s views, her choice of colours spans the full range of blues, teamed with pale wood and touches of warm metallics; meanwhile the layout is clearly defined, uncluttered and gives itself over to a sense of sophisticated serenity.

SA DESIGN ROUNDUP We recently shared some of our