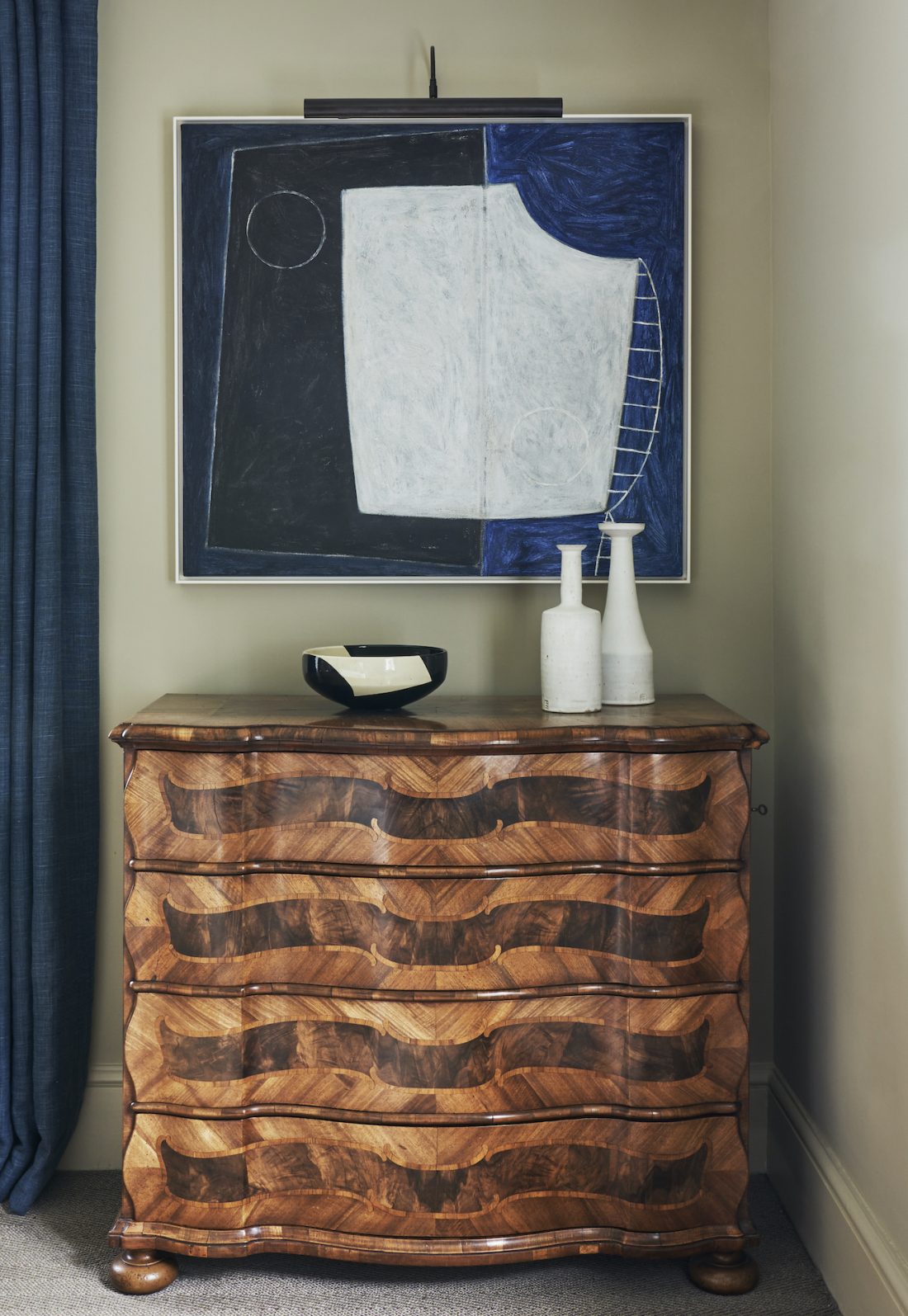 This period home on the Isle of Wight blends architectural bearing with a sense of modern-day ease.

When last we invited you into the home of interior designer Mark Smith of Smith Creative Design, it was his London apartment we revealed – a red-brick Kensington mansion flat with incredible bones and covetable architectural heritage. Since then, he’s flown the city to settle for a slower paced life on The Isle of Wight. Here, he’s deftly transformed an 1850s Victorian house set on 2.5 acres of grounds into a home better suited to 21st century living. In doing so, he skillfully retained all of the character and period detailing that this countryside estate deserved.

Built in 1850 as a parsonage for the Church of England, the home’s architectural style is in keeping with others on the island – mellow red and blue brick with decorative timber bargeboards. Though, he admits, even at this grand old age, it’s a younger property than he’s used to working with. “I’d been regularly visiting friends on the Island for over twenty years. Plus, the Isle of Wight has on average 7 hours more sunshine per week than anywhere else in the UK, so for someone who’s addicted to natural light, that was quite a selling point! Geographically it’s beautiful too with a great combination of a dramatic Jurassic coastline and an ancient rural, agricultural heart,” he explains.

Mark’s calling card as a designer is working with historic spaces and pieces and weaving in a sense of timeless but easy sophistication, sharply editing and pairing contrasting styles to inform a new design language. Here, in his dining room for example, original stripped and dark-stained wooden floors are the host to a mix of classic and vintage pieces: a Saarinen tulip dining table base and custom oak top, 19th-century oak dining chairs, 1940’s French sideboard and antique wingback come together with a commanding portrait painting by Raphael Thierry. The skill, claims Mark, is in the pairing of similar colours and textures, as well as observing the appropriate scale for each room.

He’s also approached the colouring of walls with a trusted rule of thumb: to ensure each room is suited to its purpose. Here, that meant a more dramatic shade of grey-green (his favourite colour of the spectrum) for the cosier TV room where nights in are regular, whereas the sitting room, thanks to its scale and ample light, was given a bolder and brighter shade of green. “It’s very easy in the country to run around painting everything in neutrals, but I wanted something smart here too and the dark tones in some rooms add a bit of punch,” he says.

Throughout the rooms in his home, an ensemble of 40-years’ worth of acquisitions from sources as varied as respected London antique dealers to lucky finds at various high street markets all rub shoulders. Woven into his anthology are various artworks by beloved SA artists like Johan Louw and Conrad Botes. The result is a space that’s deeply personal and reflects his inimitable taste, set within a home of impressive heritage.

Thankfully the old parsonage was in great structural condition and so little was needed to restore it, except that Mark opened up the kitchen to the dining room. While bringing in light and a sense of connectedness between the two daily-use spaces, removing the wall that divided them also meant removing back-to-back fireplaces (not originals), as well as the accompanying brick chimney stack.

The house has the sense of being embraced and held by the outdoors, thanks to the fact that the garden encircles it. Laid out in a number of ‘rooms’, each with its own character, Mark tackles these spaces individually, applying a new planting scheme and style that ties into his broader preference for green, white and purple.

The 2.5-acre garden, which encompasses the entirety of the house on all sides has been landscaped. The views from the back of the property roll down over vast fields which stage a spectacular sunset on good-weather days. It’s the kind of sight that musters “a feeling that nothing has changed, and the light is just magical,” Mark adds. And he’s right, not much has changed, except that he has applied the home’s historic charm and its iconic characteristics to the demands of 21st-century life, continuing its relevance in an entirely new era.